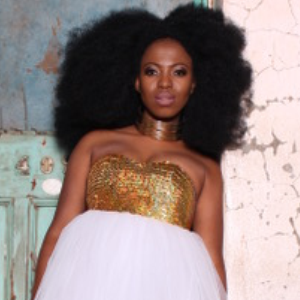 Your WILL must be stronger than your SKILL

“I’m not the greatest, I’m the double greatest. Not only do I knock em’ out I pick the round. I’m the baddest, the prettiest, the most superior, most scientific, most skill-fullest fighter in the ring today.”

“I’m so fast that last night I turned off the light switch in my hotel room and gone into bed before the room was dark.”

My favorite: “I done something new for this fight. I wrestled with an alligator. I tussled with a whale. I handcuffed lightning, I thrown thunder in jail. Only last week I murdered a rock, injured a stone, hospitalized a brick, I’m so mean I make medicine sick.”

If you’re not yet quite sure whose words I am quoting, then I’m sure you’ll know this next famous one which he is best known for: “Float like a butterfly, sting like a bee, his hands can’t hit what his eyes can’t see.”

You guessed right, he is none other than the Great Boxer Muhammed Ali.

When you read about Ali, his biography states that he often referred to himself as “The Greatest.” Ali was not afraid to sing his own praises. He was known for boasting about his skills before a fight. He predicted a win, and a win is exactly what he would get.

You see Ali discovered that while his words were encouraging him, psyching him up and giving him the confidence and boldness he needed before a fight, these same words were intimidating  and scaring his opponents. His words were planting seeds of doubt in his opponents mind, that by the time he entered the ring, the battle had been half won. He had an added advantage; he was up a notch, ready physically as well as mentally.

In other words there will come a time when the spirit is willing but the flesh is weak, when that which I will to do I do not do, and that which I will not to do I do. This is a critical time when what you’ve been saying to yourself to build your spiritual muscle counts more than the number of times you been hitting the gym building your physical muscle.

Ali spoke to himself, yes he also intimidated his opponents, yes it seemed arrogant and cocky, but it helped him win the war in his mind. He defeated negative thoughts of fear in his mind before the real fight began. When the opponent in the ring seems bigger, stronger, taller, more fit. When the debt, disease, mountain, relationship, situation you’re facing seems far greater than what you think you can handle, that’s when you win the war in your mind by first using the words you speak to yourself, to your situation and about your situation as weapons to defeat the negativity.

Before you go to the doctors room’s, before you go to the bank, before you sit down with your troubled child, your estranged husband/wife, write that exam, go for that interview, submit that CV or that proposal, you begin to say; “I’m not the greatest I’m the double greatest, I’m the boldest and skillfullest fighter in the ring today, I am who God says I am, I can do what God says I can do, no weapon formed against me shall prosper, I have the authority and the power to trample over serpents, demons are beneath my feet, I am more than a conqueror, I will see the goodness of the Lord in the land of the living, I am rich and not poor, the earth is the Lord’s and fullness thereof and therefore I lack nothing, I’m not sick, I make medicine sick!

Remember You are Great!

A bit about me

Melo Mthethwa is a singer,pianist,songwriter,writer, presenter,MC, philanthropist, actor and entrepreneur.She recently released a single titled Dream Come True with Fifi Cooper and Greenfingures, and is the founder of Bontle Hair Products which supplies curly and afro wigs. In 2014 she founded the Mentor Empower and Love Others (MELO) Foundation where she is involved in various outreach programs and hosts an annual Ladies Tea to raise funds for a Christmas party at an orphanage or children’s home.Melo has a weekly online show titled Be Great with Melo Mthethwa where she puts the spotlight on inspirational people who have found their purpose to encourage others to live a purpose driven life.Her motto in life is ‘Be Great for if not you then who?’ This is because many times people doubt themselves and don’t think they are worthy of greatness.Melos purpose is to remind of the greatness that each one of us carries.